"Fly, dive, swim". A system crankbait that fuses everything in a high dimension

The deep diving crankbait "DIGLE" is the answer from Seiji Kato, who pursued basic performance such as flight distance, diving performance and action, which are important elements required for lures.

In deep cranking, where flight distance and dive depth are proportional, the secret to improving long-distance casting performance, which is an eternal theme, is the "winglet lip (PAT.P)" in which both ends of the lip are curved upward. By adjusting the air flow during flight and enabling a stable flight attitude, it greatly contributes to increasing the flight distance. In the cast test, the same body with a winglet lip recorded a maximum 20% increase in flight distance compared to the normal lip (compared to our company). 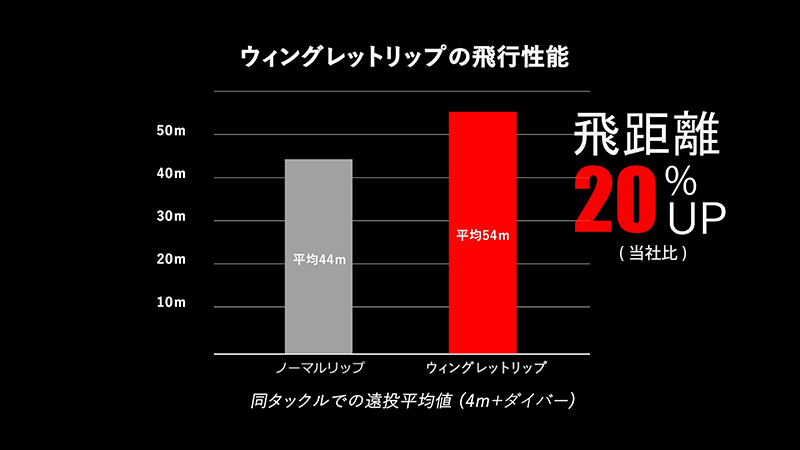 By firmly grasping the water flow, it has a sharp action, and by rapidly diving and reaching the effective range, it secures a wide range of strike zones. A range deeper than a crankbait of the same size class is also within range. 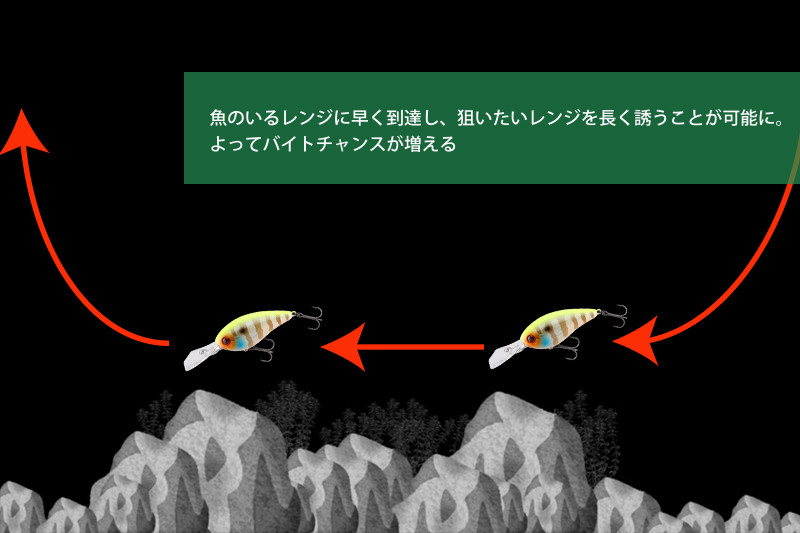 In addition, with a stable action and balance, you can hit it without losing your balance even when making bottom contact, appealing with a loud sound and waves that roll up sand. The appealing power of the bottom knock, which is suitable for the name "DIG = digging", which is the origin of the product name, induces bites. 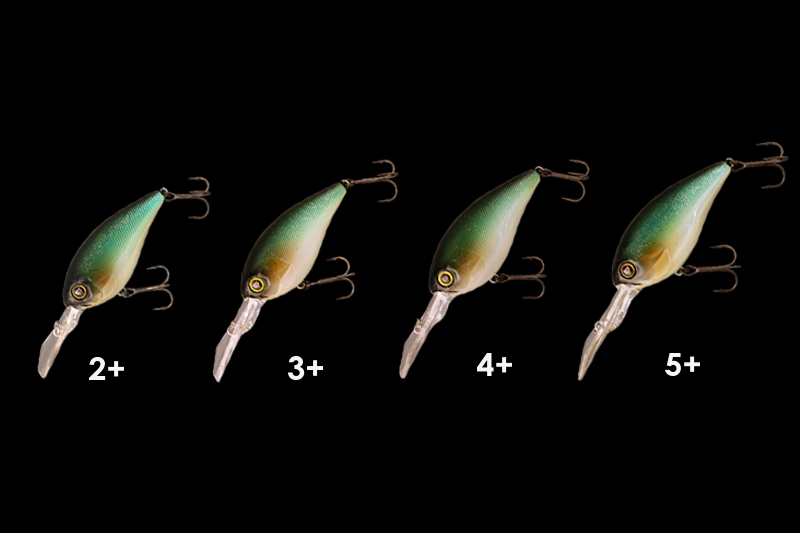 The 3+, which will be added to the Diggle series in the fall of 2020, is a model that is frequently used in the domestic field, designed to capture the middle range of diving depth: 3.3 to 4.5m. An orthodox crankbait that inherits the Diggle lineage, casting distance and rapid diving.